The Scottish Album of the Year Award – Public Vote

The Scottish Album of the Year Award – Public Vote

The Scottish Album of the Year (SAY) Award is a brand new national prize designed to celebrate the creativity and diversity of music and art in Scotland. Developed by the Scottish Music Industry Association in partnership with Creative Scotland, the award has been established to commend the very best in Scottish Music releases from the last year.

The award has endeared itself to the team at Walking Heads even further by making a great little interactive SAY Award App available for download. Over the last few weeks this has enabled users to listen to all 20 of the brilliant albums nominated for this year’s longlist as well as sharing their top choices and even purchasing their own copies of the individual releases. By downloading this nifty App, you can now place your vote on which album deserves the grand prize of £20,000 (with the 9 runners-up all receiving £1000 each also) today, and today only.

This is your chance to have a say in the best of current Scottish Music and help promote the artists you feel deserve this respectable new accolade. In the running are many great Glasgow based bands and artists (some of which featured on our Glasgow Music Tour) such as the amazing young producer Rustie, the promising up-and-comers Twin Atlantic, the long-serving giants of sound Mogwai, and many many more. Hesitate no further and have your say in the SAY award. 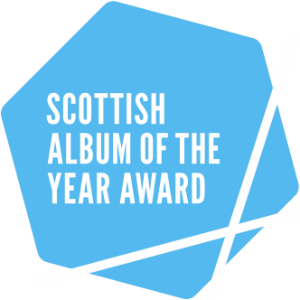