Phew! The streets of Edinburgh are emptying fast but the party (do we mean hangover?) is not quite over. There’s another week of the official Festival to go so to celebrate the fact that we’ve all survived yet another bigger-and-better Fringe we’d like to invite you all to join us on our Special Edition Edinburgh Comedy Tour. 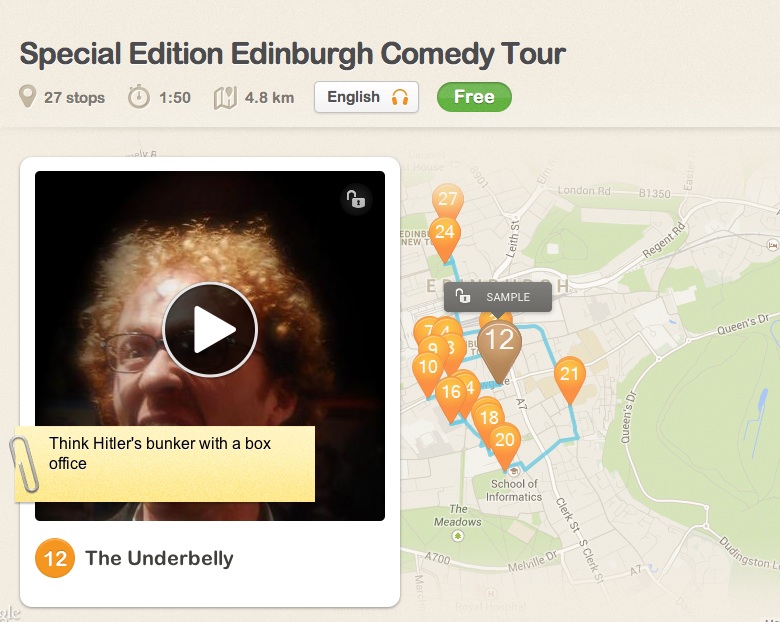 This is a bit of an experiment.  We’ve created a Facebook event today but exactly when it happens is entirely up to you.

In fact the Special Edition Edinburgh Comedy Tour is yours for the downloading any time this week.  It’s a special free offer of our new GuidiGO app for the last week of the Festival.  Now the Fringe is packing up to go home you can explore our strange-but-true audio adventure through Edinburgh’s comedy history with the added luxury of being able to move along the streets.

Edinburgh Comedy Tour is part audio tour, part slightly insane Fringe show that guides you through the often murky history of both Fringe venues and Auld Reekie itself.  The tour is led by blind comedian Jamie MacDonald (That Funny Blind Guy has been packing the Laughing Horse venue for the last few weeks) and his ‘helper’ Harry Gooch (a star of the highly inventive Men with Coconuts improv show).   Together they blunder with increasing chaos from one comedy venue to another until they reach a nail-biting climax in St Andrew Square. 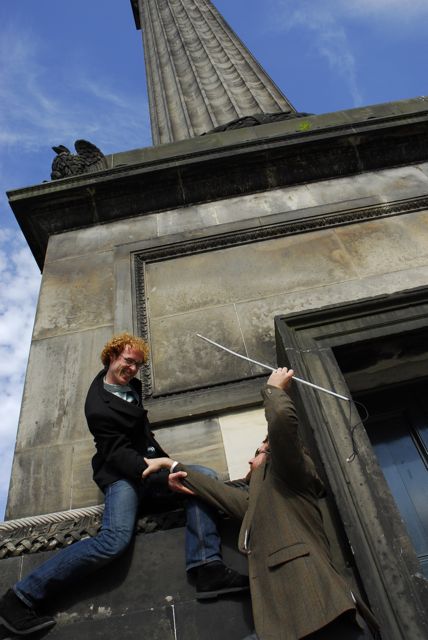 Harry Gooch and Jamie MacDonald: this could end in tears!

The tour also features The Stand Comedy Club’s Susan Morrison and Bruce Morton digging beneath the surface of Scotland’s capital when they are not swapping gossip about Frankie Boyle, Jerry Sadowitcz, Johnny Vegas and other Fringe Frequenters.   At times they sound almost nostalgic for the bad old days.  According to Susan: “No-one’s vomited on stage for years.”

And you thought this year was messy!

To download the Special Edition Edinburgh Comedy Tour you need to sign up for GuidiGO but that only takes a couple of minutes and gives you access to tours in great cities across the world (don’t worry, this does not mean getting loads of spam!).

We recommend registering with Guidgo.com on a laptop then searching for Guidigo in the app store on iPhone and logging into your newly created account.  Or for Android versions you can now download from Google play

This link takes you to Special Edition Edinburgh Comedy Tour  although, you might be as quick to search within the app for Edinburgh and see the Walking Heads tour there (you won’t mistake it for more conventional tours!).  Probably best if you’re connected via wi-fi as there’s a fair amount of audio and these files aren’t small (35MB). 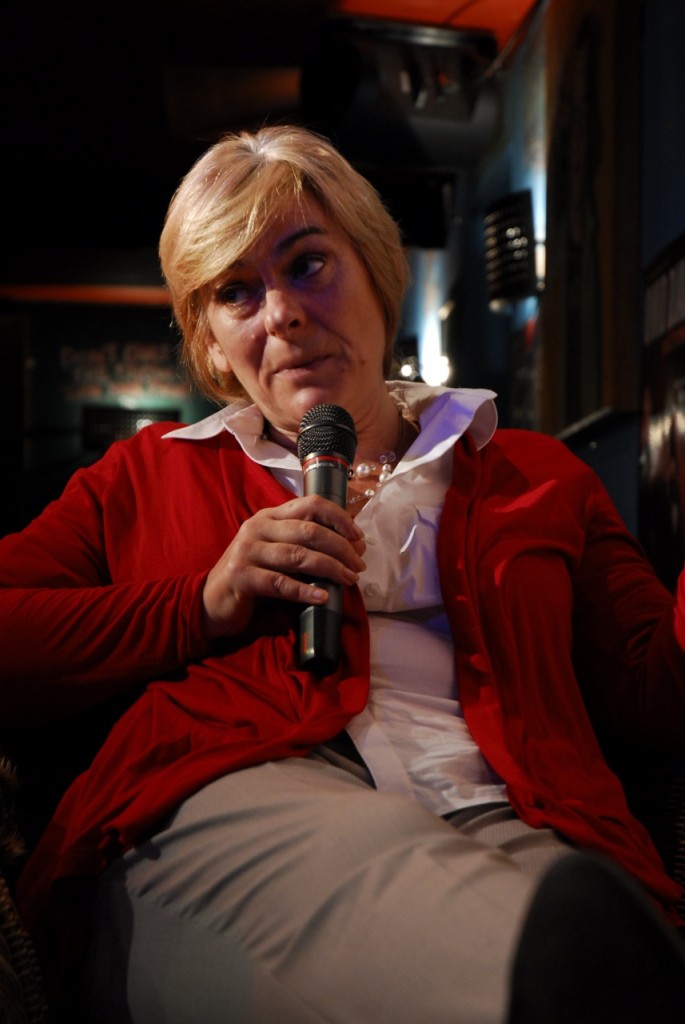 They way we were: Susan Morrison