They lived, loved, and died young.  Half a world and almost 200 years apart, the two national bards Robert Burns and Bob Marley now inspire  joint (no pun intended) annual celebrations of their birthdays. Gemma Brown reports on one of the best – and where else but in Glasgow’s Jamaica Street.  Och Aye n Aye!

For the last ten years there has been a very different Burns celebration taking place in Glasgow.  This event pays tribute to not only our own Robert Burns but also to that other world renowned legend, Bob Marley. Established Reggae Promoter and all round reggae enthusiast Craig Griffin has been honouring both these men’s achievements by hosting annual Reggae Burns Suppers since 2003.

Craig is founder of promotions company JA Live who specialise in live reggae events in Glasgow.  There is no doubting his passion for reggae music (you pick this up within five mins of meeting him) or his patriotism. He has brought the likes of Dawn Penn, Lee Scratch Perry and Macka B to the city. It is easy to see why he has combined  love of his homeland and reggae music. Both Bobs undoubtedly deserve to be celebrated.

Craig’s not alone. In Kingston, The Jamaica Gleaner spots ‘uncanny parallels’ between the two ‘great Roberts’:

Both were born to humble circumstances in a small country with a few million inhabitants. Both were free spirits who praised the intoxicating pleasures of ganja and whisky respectively. Both fathered numerous children from multiple mothers – roughly nine from seven for Marley and 11 from six for Burns. Both penned world anthems, with One Love being arguably the closest modern equivalent to Auld Lang Syne. And both died young, Marley at 36 and Burns at 37.

In London there’s an annual 2Bob night on Burns birthday and this year Celtic Connections again made the connection with the Indian-Jamaican fusion Burns and Beyond at the Old Fruitmarket  on January 25th.

But none do it better than Craig Griffin. Founded in 2003 to celebrate both birthdays, Reggae Burns Night was originally held between Free and Massiff, two Trongate establishments that have now closed. It is now in its fourth year at MacSorleys Music Bar in the city’s Jamaica Street. 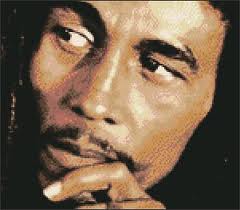 This year’s event, brought to you by JA Live and Fire in Babylon (in association with Angostura Rum) is on Wednesday 6th February – Bob Marley’s birthday – when the night will be kicking off at 6pm with a Jamaican twist on the traditional Burns supper and visit from special guest reggae musician Errol ‘BLACK STEEL’ Nicholson. There are a limited number of seats available for the dinner so book fast to ensure a table. The bar will open up to the general public at 9.30pm when the Happy Birthday Bob Marley after party starts with Mezzanie Allstars, a roots/dub collective based in Glasgow.

If you missed your haggis, neeps and tatties on January 25th head down to MacSorleys on February 6th for your Caribbean spice gravlax and jerk venison – finished with Jamaican gingerbread and coconut ice-cream (and Angostura drizzle). Even if you can’t make the meal, if you are a reggae fan and want to celebrate the birthdays of these two greats for free this is the place to do so.  Find out more on MacSorley’s events page on Facebook.

Then catch the moments as they fly,

And use them as ye ought, man:

Believe me, happiness is shy,

And comes not aye when sought, man.

Robert Burns (A Bottle and Friend) 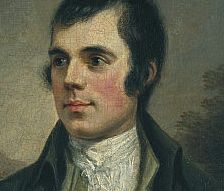