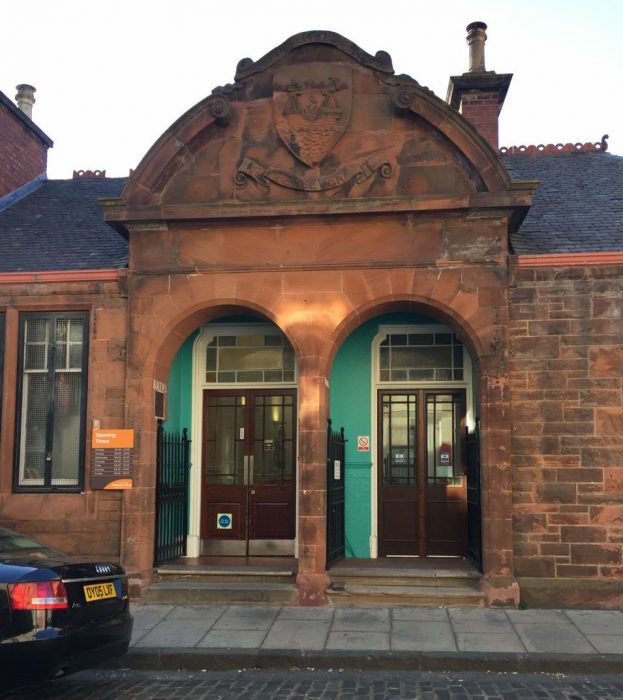 The sign by the door says BATHS in big white letters. A voice in my ear says this is it. This is where Gina had her bath the night before she got married. What? Here in a swimming pool?

Yes. Or maybe it was the morning of the wedding. Gina’s not quite sure. It’s a while ago. But not as long ago as you might think. Until the 1970s, it turns out, many local people came for their bath here, off a busy street in Leith, at the east end of Edinburgh. Because they had no bath at home. It cost six old pennies for a bath in the wood lined cubicles. And for a shilling (a shilling? roughly 5p in today’s money) you could have bubbles too.

Gina tells her story with infectious laughter, I watch people smile spontaneously when I play the recording to them. It is one of 12 unselfconsciously personal memories shared on a new audio tour. They come from a remarkable oral history project first launched in 2007.

I’m road-testing a mini version, Murmur Memories of Leith, specially produced as a souvenir audio tour supporting the Layers of Leith exhibition (17-22 June in Out of the Blue Drill Hall, off Leith Walk). It’s proving to be a surprisingly emotional experience. I live not far from this spot. I know it fairly well, but hearing the stories through headphones on my mobile phone forces a new look at familiar places.

Strip away the new identities of old buildings and you find layers and layers of human history. Moments in time compressed like invisible seams of coal, hidden behind tenement doors and windows, up stairways, outside shops, inside those imposing public edifices.

Some layers go deeper and last longer than others. Change – as you discover at almost every street corner – is a constant fact of life in Leith. The Layers of Leith exhibition sets out to explore the overlapping waves of regeneration and gentrification that shape this proudly distinctive, and often politically radical, part of Scotland’s capital city.

A new cycle of displacement is stimulating strong local reaction. As the exhibition’s flyer explains, local communities are beginning to demand a say. To slow the speed of change, influence where it happens, question exactly who benefits:   ‘The current wave of gentrification has been met with resistance and solidarity from the people who live here.”

Mixed media Layers of Leith – film, photography, audio and artwork – accompany Active Inquiry’s drama production, The Sideshow (also in Out of the Blue) made in partnership with Strange Town and All or Nothing. Exploring gentrification and regeneration, the promenade play is a direct response to the Save Leith Walk campaign, which has (so far) successfully stopped developers demolishing early 20th Century shops and workshops, to make way for 21st century student flats.

I should explain I have been part of the research group working alongside Active Inquiry to gather material for the Layers of Leith exhibition. As often happens, I’m wearing more than one hat (research director of Walking Heads audio tours meets co-ordinator of Leith Open Space). At one of our Monday night research group meetings I remembered the marvellous [murmur] project.

Perhaps some of you remember it too? In 2007, Toronto-based [murmur], working in collaboration with New Media Scotland, produced an audio documentary upending the way we record and celebrate our sense of place. Local history told ‘from the ground up’ through the voices and stories of local people. Through my involvement in Leith Open Space I had the fun of connecting [murmur]’s engagingly sociable Shawn Micallef with some of the people I had met during multi-cultural open space events. (Later Walking Heads drew inspiration from [murmur] to create audio tours led by local people). 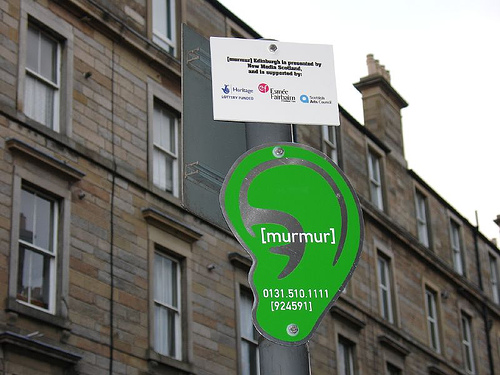 In 2007, green ears marked the spot where you could phone a number and hey presto a voice told you a story about that place or building. Looking back, [murmur] was well ahead of its time – remember, the iPhone was not launched until 2007. Back then, the phone in my pocket was a good old Nokia.

Nothing evolves faster than new technology. Now I am following an almost accidental zigzag trail through Leith on my slightly battered (and soon to be obsolete) iPhone 6.  The green ears were removed in 2008. At some point the original recordings also disappeared from the map and website links no longer worked. So, my route has been decided by the 12 stories that Shawn kindly retrieved from an archive in Toronto. Just think, ‘Leith was CD era’, he says sending a precious trove of MP3 files via Facebook and a Google doc.

(Ironically, a few days later I discover that Mark Daniels of New Media Scotland has secured all 35 stories on MurmurEdinburgh SoundCloud. But for this exercise Shawn’s selection makes for a more manageable walk, although even 12 stories cover a lot of ground! )

Back down memory lane

A bright blue sky and the smell of newly cut grass. Sun shines on Leith Links where children come to play as they have done for generations. “Of course,” says Rita Crombie’s voice in my ear. “It was always sunny when we were children.” Then she adds something I didn’t know.

‘There was a public right to hang washing here at the Links.’

Rita remembers women in nearby tenements hanging clothes out to dry. “There were clothes poles on the Links. There was a public right to hang washing here.” That’s another surprise. Times have certainly changed.

I’m not sure why I find it so moving. 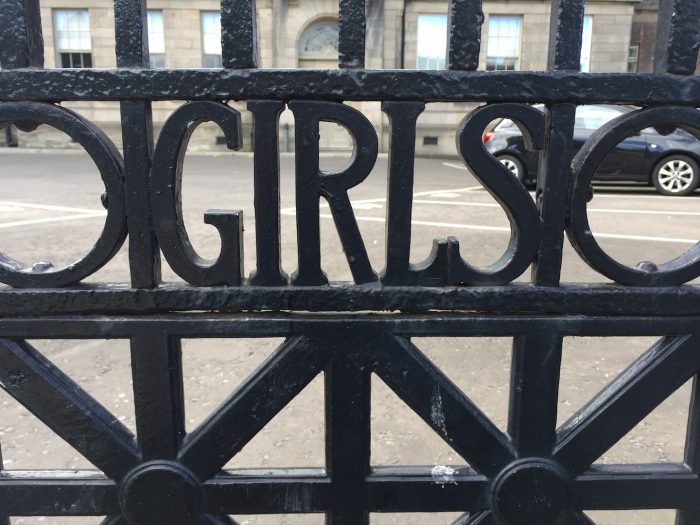 Partly, perhaps, it’s the character of the buildings themselves. There a poignant pride in the solid grandeur of the old Leith Academy, now converted into flats. (Queen Margaret University moved out in 2014.) Built to impress, the school opened in 1931 assertively declaring Leith’s confident investment in free state education.

‘In the 1960s the school was very strict. Girls were not allowed to wear black patent shoes…in case boys could see your pants in the reflection

People make places come to life. Each building is full of echoes – laughter and tears – and I think that’s why these ‘murmurs’ stir emotions. Here’s Mary Moriarty at Leith Assembly Rooms where many couples met on the dance floor and got married in rooms upstairs. Here’s Dolly’s touching tribute to a multicultural friendship disrupted by illness, but imagined again through the sunny window of her old flat. Here’s a mother at a bus station – by the (no more) Ladbrokes – where she remembers standing with her ‘brand new baby’ in her brand new pram “in those days when you met a new baby you slipped a coin under the pillow in the pram”.

Each story is told with warmth, humour and affection. Hardship implied but never dwelt on. In vivid fragments of a bigger picture, [murmur] gives voice to local people who speak their sense of belonging. These Leithers – born or made – sound connected to a place that matters. Let’s hope that remains unchanged, whatever the developments in technology.