Come All You Dreamers

Come All You Dreamers

“Not for the fainthearted (no seats, no lifts, no arty fartys) it is a basic room but it is imbued with the spirit of 10,000 gigs.” That’s Christy Moore on why Glasgow’s Barrowland is one of his favourite venues in the world. Our guest blogger Anna Levin probes a little further. 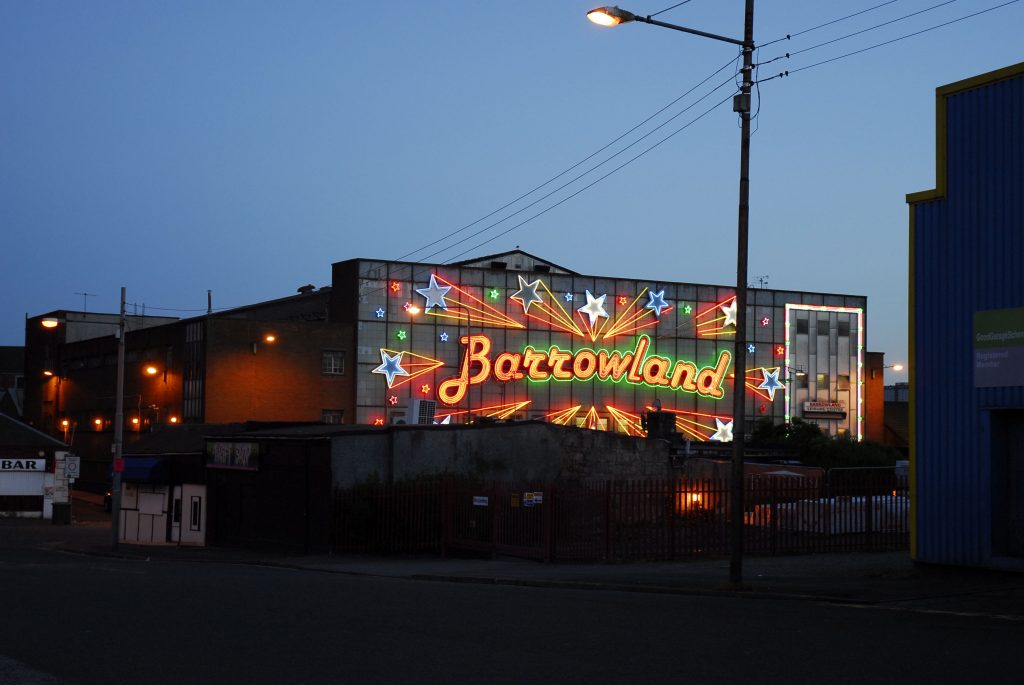 The Barras, likely to fill for Christy Moore’s return to the venue.

I’ve always thought that Barrowland gigs and Glasgow Royal Concert Hall gigs were two very different things. Both are special venues in their own right, but with a very different atmosphere and audience and with different acts. There can’t be many who play both on the same tour.

Christy Moore returns to Barrowland and Royal Concert Hall on 28 and 29 April, after playing Edinburgh’s Usher Hall on 26 April.

It says something about Christy Moore’s standing that he can fill both venues, and about his performance that he fits both so well. But then I can’t think of a venue that he wouldn’t fit or fill. I’ve seen him at small clubs and large festivals over the past 25 years and the  gigs are warm, intimate and astonishingly powerful. I’ve come to realise the venue doesn’t matter one bit – the atmosphere comes from the man himself.

For Christy Moore is a pure star. He sings a timeless music that’s always sharp and contemporary. He picks songs that express things perfectly, then sings them perfectly. His songs flow between times and places – from Ireland to South Africa to El Salvador to Morecambe Bay – always touching on common themes of compassion and humanity.

It can be uncomfortable hearing songs about sexual violence and oppression. “Some songs aren’t easy to listen to, but need to be sung,” Christy acknowledges. So you’re shaken a bit, then soothed by that rich, warm, velvet voice (“If Guinness could sing…” says my neighbour).  He moves with ease from anger to light-hearted warmth and wonderful wit, engaging in easy going banter with hecklers and endless requests from the audience. 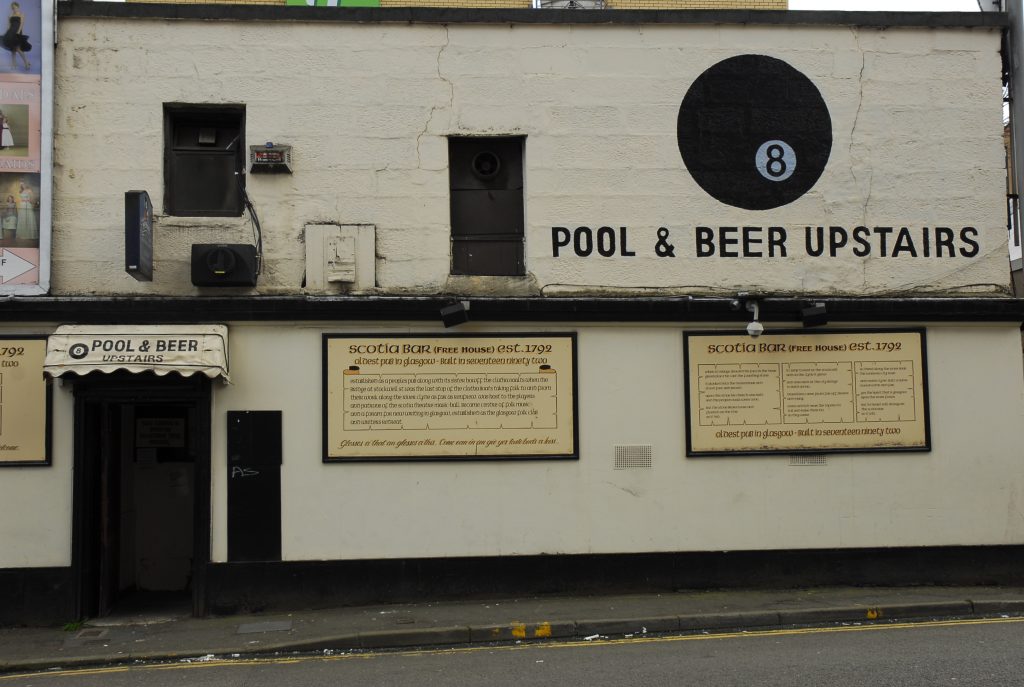 The Scotia Bar, “the meeting place for musicians and just my kind of pub in 1967” says Christy Moore

I’ve said the venue doesn’t matter, but there’s no doubt that the Barras has a special place in Christy’s heart.  Here’s what he has to say about ‘the grand auld hall’:

“I first visited The Barrows in 1967 and Barrowland 20 years later in 1987. My first gig in Scotland was in The Glasgow Folk Centre, Montrose St in ’67.

“Drew Moyes was the organiser of the club. As I recall I opened for Hamish Imlach and subsequently was booked to do a set some time later. The Scotia Bar was the meeting place for musicians and it was just my kind of pub in 1967. I met Arthur Johnson, Mick Broderick, Billy Connolly, Danny Kyle, Tam Harvey, Gerry Rafferty, Red Billy, Big Pat and that was just my first visit.

“Twenty years on I got my first gig in Barrowland and it has been one of my favourite venues in the world ever since. Not for the fainthearted (no seats, nor lifts, no arty fartys) it is a basic room but it is imbued with the spirit of 10,000 gigs. From Bill McGregor and his GayBirds up to whoever might be pulling them in today…”. 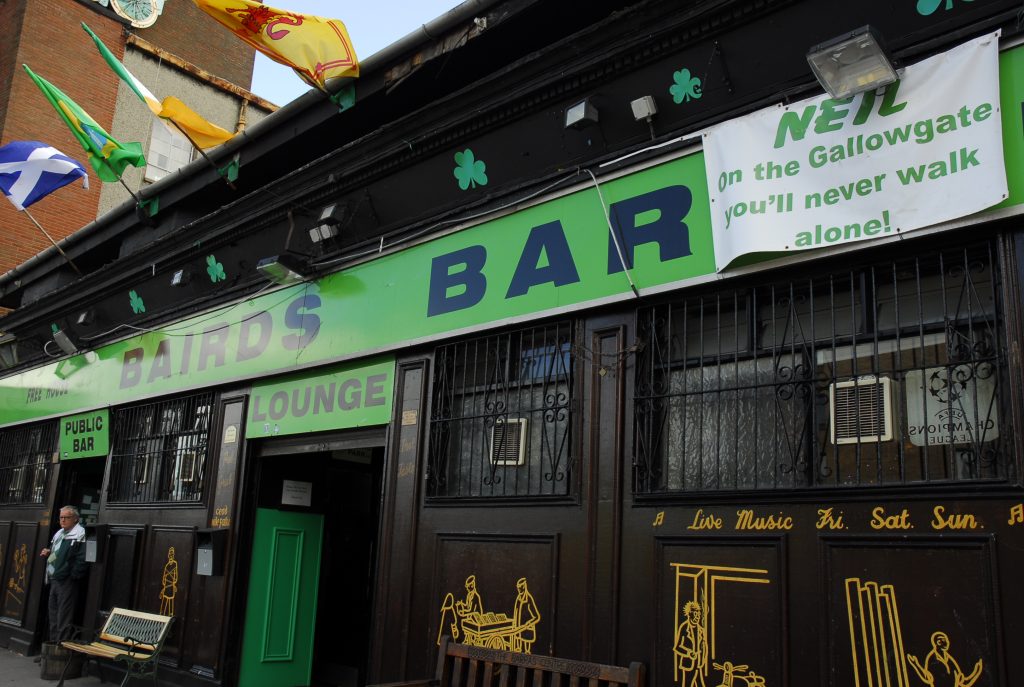 Gone but not forgotten, Bairds, the popular pre-drinks venue for gigs at The Barras

He’s not the only musician, of course, to love the Barrowland, but – in collaboration with Dublin songwriter Wally Page – he’s the one who can express that affinity, that sense of history, so eloquently in song:

It’s a ballroom of remembrance and a disco

Where the shooting stars light up the fresco

Where the last ones and the lovers go … to carry on

Till it was time to fly to dreamland

Out of Bairds, up the stairs to hell or to heaven we’d go

Come all you dreamers hear the sound of the Barrows humming

Come all you dreamers to Barrowland

Hear Mags McIvor and the ghost of the GayBirds calling

Come all you dreamers to Barrowland

The Lassies of the Broomielaw in their Cuban Heels are dancing

To waltz beneath the carousel of healing

To jitterbug and boogie the night away

Come all you dreamers……….

To hear more about the great Glasgow venues mentioned in this article, download Glasgow Music Tour, a free app for smartphone and tablet