Where were you between the hours of 12 noon on March 9 and March 10?   No, that’s not a question from a police enquiry, but your answer could contribute to vital information affecting life – or the life of live music – around you.

That was the first question posed by the Live Music Census – the first of its kind – effectively taking a snapshot of music activity in Glasgow, Newcastle, Oxford, Brighton, Leeds and Southampton. But a bigger picture is needed to prove just what an asset live music is to the local and national economy. An ongoing survey aims to tap into a wider audience. As the LiveMusic Census website explains:

‘We need people across the UK to fill these in so that we can build a national picture of live music activity…we sincerely hope that as many venues, promoters, audiences and musicians as possible across the UK fill in the surveys.’

Live music is public and personal

It’s an oddly personal experience. Having just filled in the audience survey, Walking Heads is intrigued to discover that we spend a lot more money and time on attending live music events than we realised. We’re probably not unique. Even when you are lucky enough to be on the guest list, there’s the cost of getting there and back, maybe food and drink before or after the event, and sometimes a hotel bed for the night.

The cash value of live music is an important part of the inquiry. (And live music might mean your local DJ, jazz band, or a symphony orchestra). But equally important is a clear picture of where the money is spent. Cleverly posed questions tease out the information that it’s the venue as often as the artist which persuades us to part with our cash. As one seasoned gig-goer confessed:

“I loved that Depeche Mode gig at the Barras during the 6 music festival but I’m not sure I would have been so keen if they were playing the Hydro. The magic of the night had a lot to do with the Barrowland.”

Which of the following best describes the type of venue for the last live music event you attended?  Bar, concert hall, arts centre, small or medium music venue?

And that hits the odd paradox at the heart of this research. Every year the estimated value of the music industry grows – £4.2bn per year according to the latest UK Music estimate, with live music contributing around £1bn. Venues are an absolutely essential part of this merry-go-round yet often they are struggling to survive in towns and cities across the UK. And it’s hardest of all for the grassroots venues which provide the crucial starting point for local talent. 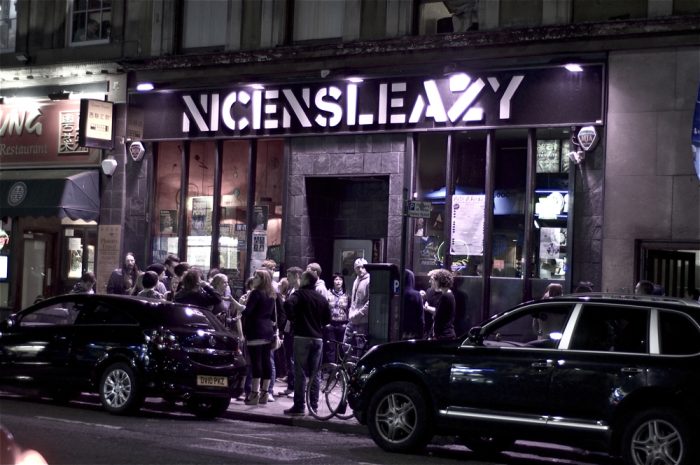 If the grassroots perish the national scene will not flourish for long. That’s also a key point of our Glasgow Music Tour, an audio walking tour led by DJ Jim Gellatly an authoritative commentator on what it takes to survive and succeed in the music industry: venues of all sizes are an invaluable part of the city economy but it’s at the grassroots where the cultural scene evolves and thrives.

Brexit and government spending plans add to uncertainties. It’s particularly tough in cities like London where UK Music points out “grassroots music venues are facing business rate revaluations of up to 200%.” Encountering similar concerns, the Scottish Government recently announced an initial rateable value cap of 12.5% for the Scottish hospitality sector.

Hard data is the key

What can live music fans do? The way we spend our time and money matters. But hard data is needed to influence real evidence-based policy. Our answers can help the census team from Glasgow, Edinburgh and Newcastle Universities to provide that evidence,  measuring live music’s cultural and economic value and highlighting what challenges the industry is facing.

Worth noting. Two years ago the Edinburgh pilot of the Live Music Census produced findings which helped to inform the city council’s change of policy about noise levels – to the benefit of performers. After years of decline, the music scene in Scotland’s capital is showing signs and sounds of revival. (Check Hidden Doors programme and Nothing Ever Happens Here at Summerhall.)

With all that in mind, we have completed our contribution to the Live Music Census and urge you to do the same. It’s open until 8 May.

Approximately how far in miles did you travel for the last live music event you attended (ROUND TRIP – there and back again)? Live Music Census