Roll up for the Cinema City Treasure Hunt

Roll up for the Cinema City Treasure Hunt

“If you threw a dart at a map of Sauchiehall Street, you would almost certainly hit a cinema”, says Gordon Barr. We don’t have a dart to hand but we do have a map. And Gordon to tell us stories of fine old picture palaces with fine old names – Regal, Gaumont, La Scala – that once drew thousands of people to the flickering fantasies of the big screen in the heart of Glasgow. 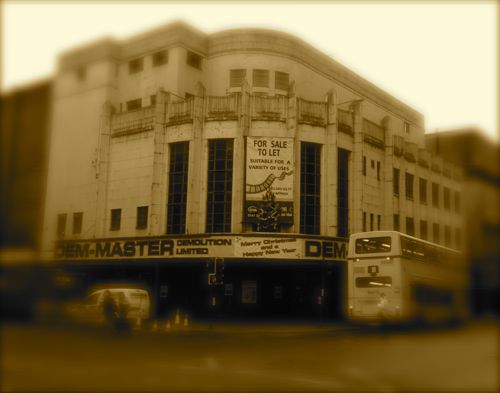 Gutted but not quite gone, shed a tear for Glasgow’s most iconic cinema

Gordon (Scottish Cinemas) Barr was in our studio to record some of these stories for the Walking Heads Cinema City Treasure Hunt which takes to the streets on Saturday 23 February as an exciting new project with Glasgow Film Theatre on the last weekend of Glasgow Film Festival.

As luck has it, our route takes in the oldest and newest, tallest and biggest, ugliest, artiest and most iconic old cinemas in Glasgow.  And all without throwing a dart!

Come with us on a fascinating trail of old cinemas and meet some of the larger-than-life characters who ran them.  You simply could not invent George Green who never actually achieved his dream of building a gyroplane landing pad on his new cinema in Ayr – but he did create a putting green on top of Greens Playhouse in Glasgow’s Renfrew Street which is just as crazy. 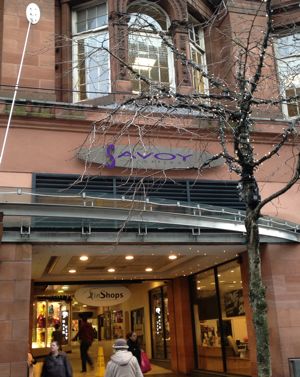 Are there ghosts of the Gaumont in the Savoy Centre?

Most of the great old cinemas are no longer there, or not under their original names anyway. But once you get your eye in, with the help of a cinema buff like Gordon, you can see through modern shop frontages to the old picture palaces hidden beneath.

Walk into Waterstone’s and imagine ghosts of genteel ladies taking high tea while they watch a movie in La Scala cinema.  Across the road in the Savoy Centre, the rival Gaumont once lured audiences through a grand Palm Court entrance. Imagine  students splashing about in a short-lived fountain there. And we defy you not to shed a tear over the old Odeon which finally closed in 2006 with the words Thank You and Good Night on the readograph.

Beginning and ending at the Saramago Cafe Bar (CCA) in Sauchiehall Street,  Cinema City Treasure Hunt lasts about an hour and asks you to perform tasks and answer questions as you explore 100 years of cinema history in the city centre.  The route takes in some film locations too so prepare to find evidence to a crime hidden in Blythswood Square.

The team with most correct answers can win prizes (and though we say so ourselves, we have collected some pretty special prizes along with GFT). Book tickets from Glasgow Film Festival.

Footnote: Gordon’s two GFF walking tours sold out, so this is another great chance to walk with him through Glasgow’s cinema history. 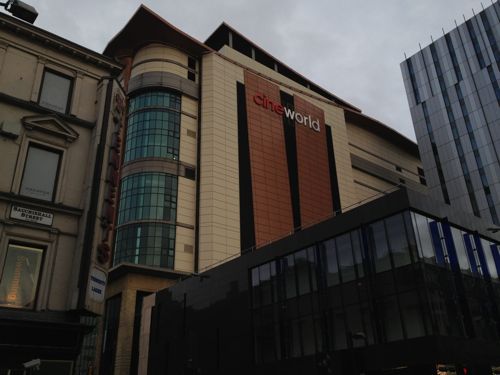