Walking in tune with the Festival of Architecture

Walking in tune with the Festival of Architecture

How did we get here?  We are really delighted to see Walking Heads audio tours listed among a wonderfully diverse programme of events happening across Scotland. But what, you might well ask, is Glasgow Music Tour doing in the Festival of Architecture Scotland 2016?

Well, in a way it’s a happy accident. When we started researching the live music scene in Glasgow we had no idea where Glasgow Music Tour would lead us. We had no thought of creating an architectural trail but, of course, great music happens in and around buildings of all kinds. The aim of the Festival of Architecture is ‘to bring architecture to life’ and perhaps nothing brings buildings to life quite like music. As we explained in a Say to Hello to Architecture community gathering, once we started exploring we soon found most music venues had extraordinary tales to tell.

Some are architectural stories in their own right. Stereo Cafe Bar occupies the ground floor and basement of an almost hidden beauty. Charles Rennie Mackintosh’s glazed brick building designed for the Daily Record printing works in 1901 is squeezed into such a narrow space in Renfield Lane it’s impossible to stand back far enough to get a full frontal image.

We find social and cultural history in unexpected nooks and crannies of clubs and concert halls. At King Tut’s our guide Jim Gellatly leads us (virtually speaking) into the gents to see the Hunter S Thompson quote famously inscribed above the urinal.

At The Garage, rock impresario Donald MacLeod invites us into the attic to find Victorian secrets tucked away at the back of Scotland’s largest club. And who knew there was a chicken farm in the Trongate during World War Two? We certainly didn’t until we met Judith Bowers whose infectious passion for the Britannia Panopticon  has ensured a future for the ‘world’s oldest surviving music hall’.

Buildings survive or perish depending on their ability to adapt and evolve. Over the last 150 years Glasgow warehouses have proved to be masterpieces of reinvention, and no-one was more inventive   than the enterprising souls of Cinema City. Glasgow Music Tour revealed a treasure chest of recycled cinemas – and so we found ourselves in a wonderfully quirky collaboration with Glasgow Film and cinema historian Gordon Barr. Meet Cinema City Treasure Hunt – a game for families, friends and cinema buffs of all ages. 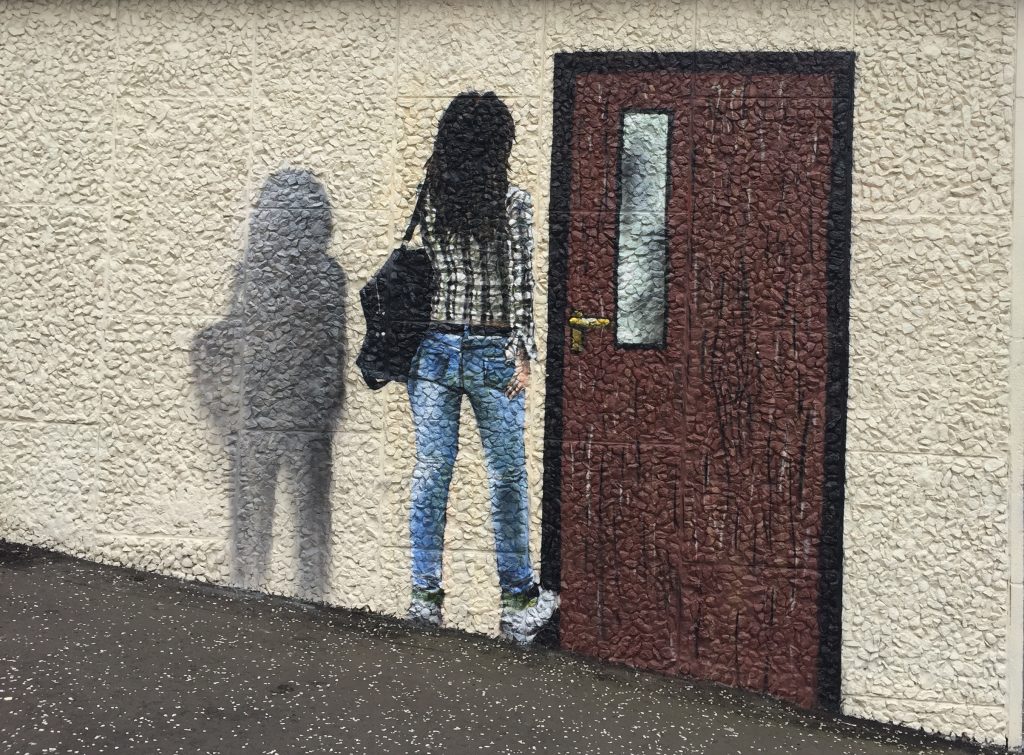 StrathWonderWall mural by Rogue One and Ejek

One thing led to another. The highly resourceful Glasgow Building Preservation Trust spotted the potential of using digital technology to widen the audience for Doors Open Days. Hence Glasgow’s Landmarks. A tour which promises to ‘take you inside even when doors are closed’ introduced us to hidden delights of places we walk past almost every day – inside the grey exterior of Alexander (Greek) Thomson’s St Vincent Street Church we find a glorious burst of colour.

Glasgow Corners, commissioned by Scottish Opera celebrates the flamboyant new Theatre Royal corner with a generous tribute to other fine corner buildings within easy walking distance – on the way to the Lighthouse via Burtons we discover the origin of the Full Monty.

What we love about all these collaborative projects is the chance to tell stories with many different voices from many different points of view. Nowhere more so than on the Clydeside Promenade, an invigorating walk through more than a thousand years of change and chance along the river. From Govan to Dalmarnock in the best of local company: women’s groups, show people, musicians, writers, historians, river men and women – and the redoubtable George Parsonage of Glasgow Humane Society who has rescued many folk from the sometimes murky waters of the Clyde.

A game of chance

The element of chance adds an edge to the stories. It seems that survival of any building is a matter of the right people being in the right place at the right time. So the façade of the old Odeon – the first building to introduce neon lighting in the city – is all that’s left of the once glistening Art Deco cinema. Yet other old cinemas of roughly the same era, the O2 ABC and Academy, are thriving on live music.

Evolution or extinction? These are fascinating questions for today’s urban explorers who may pause to ponder on the stories behind crumbling constructions of brick, stone or concrete.

And that brings us to our latest architectural project.

We are really thrilled to get a chance to dig deeper in a fascinating new collaboration with Architecture and Design Scotland. It’s a kind of ghost hunting trail researching the past, present and uncertain future of remarkable buildings which are either on or newly rescued from the Buildings At Risk list. It promises to be a great adventure and we are hoping to find at least a few happy endings.

But it’s worth remembering that even demolition does not remove favourite landmarks from the collective memory. One of the most popular stops on Glasgow Music Tour is the old Apollo which disappeared from the corner of Renfrew Street almost thirty years ago.

It’s a pleasure to be able to share these tours on a beautifully made website. It can be surprisingly difficult  to list a digital event in a programme designed for live events (oddly even Facebook is not equipped to deal with that properly) but the Festival of Architecture programme has provided us with our best display yet.

Visit Festival of Architecture Scotland to find our audio tours listed among a real feast of events from now until the end of December. 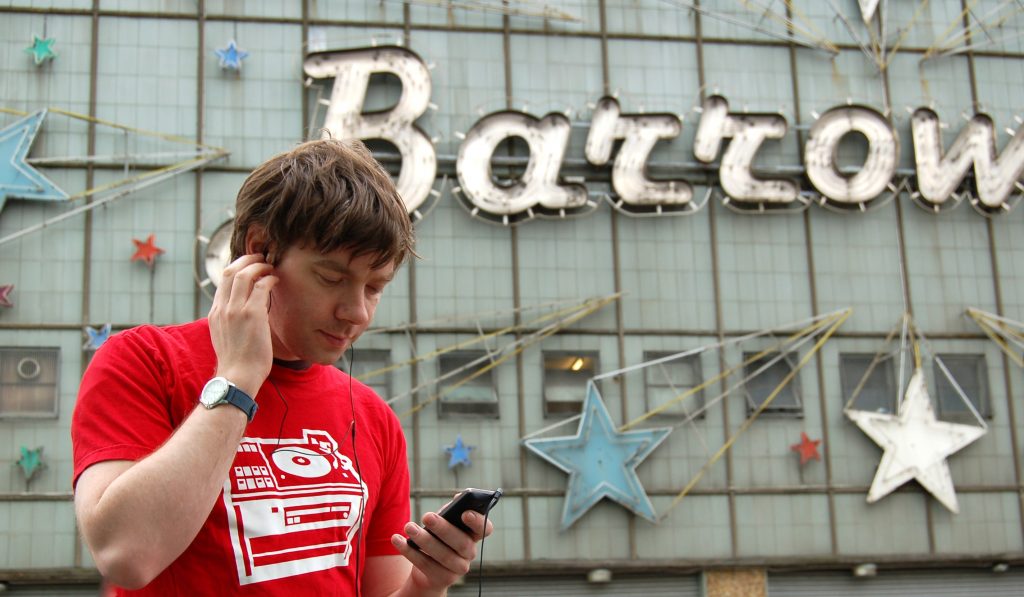