Barony A Frame: a symbol of local pride

Barony A Frame: a symbol of local pride

It’s visible from a long way off. We catch tantalising glimpses of it as the road winds round fields and farm buildings and then finally we arrive. Dark and stark against a cloudy June sky, the Barony A Frame towers above us; a monument to a way of life that has disappeared but also  – almost against the odds –  a symbol of local pride and hope.

We have come to celebrate the latest development in the extraordinary story of the Barony A Frame and the people around it. The spectacular steel structure is all that is left of the East Ayrshire colliery which closed in 1989. The mine buildings were demolished and the rusting winding gear which had transported thousands of men to their work deep, deep underground might well have been demolished too if it hadn’t been for the determination of the local community. 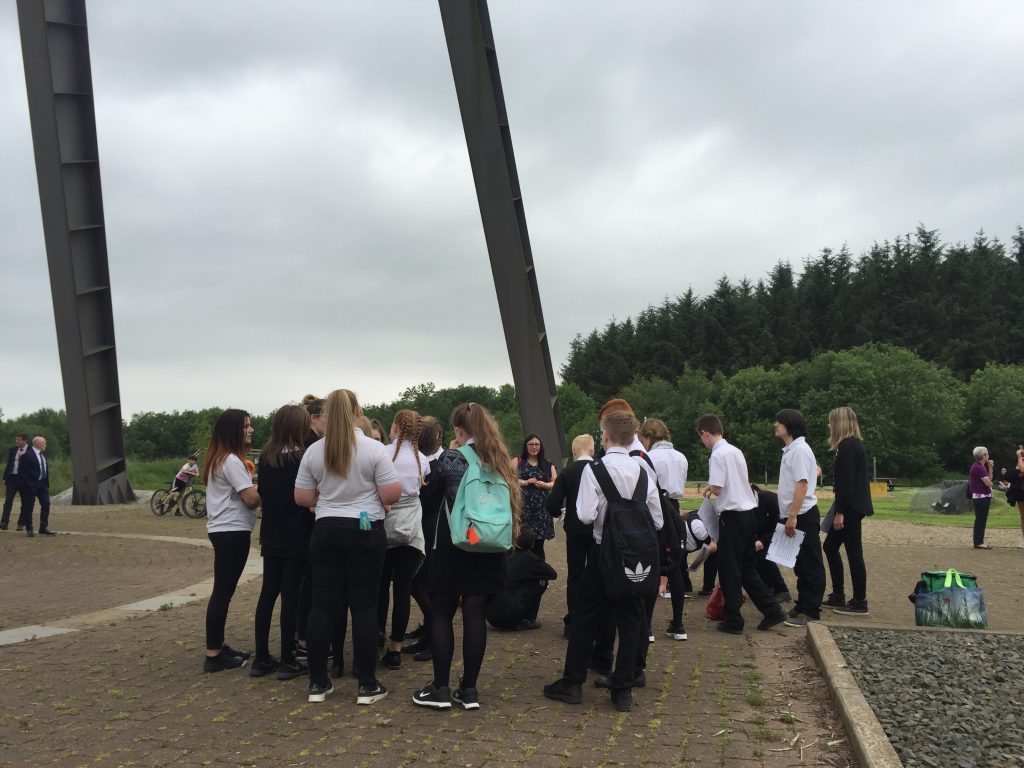 Students from Auchinleck and Cumnock Academies beneath the Barony A Frame

The result is a ‘meaningful monument’, as the Barony A Frame Trust (BAFT) describes it. The old winding gear now overlooks a newly landscaped site where clues to the industrial past lie among rapidly spreading fresh green growth. Old railway tracks weave through new cycle paths, and artwork inspired by both industry and wildlife is set among healthy young trees and wild flowers.

And we’re here today because the whole moving and inspiring story is told by former miners and local school students in the Barony A Frame Tour (a free app for smartphone and tablet). The audio tour, which guides visitors round the site, has been produced by the Trust with pupils of Auchinleck and Cumnock Academies. Here is a brief clip from the Introduction.

Walking Heads has very much enjoyed playing a supporting role in the production process. Over the last few months on location and in the recording studio we have got to know the voices of the students – Hamish, Leigh, Shannon and Amy – who researched and recorded stories told at different stops on the trail. Their voices give insight into the camaraderie of mining and the tragedy of lives lost in a dangerous job.

Fascinating personal details also emerge in recorded interviews of former miners. Billy Crawfurd chuckles as he remembers how his father greeted him on his 16th birthday: “Happy Birthday son, you start at the Barony on Monday.”

Margaret Affleck recalls the hard days of the 1984-5 coal strikes when women played an increasingly important role. And, most movingly, there is the story of the 1962 collapse when four miners lost their lives after Number Two shaft collapsed. The bodies of Henry Green, George Wade, Thomas Fyvie and John MacNeil were never recovered but their names are engraved on the ground beneath the A Frame, and a memorial stone stands inside the entrance.

That’s all part of a proudly remembered past. The present offers a very different world for the students who tell the stories on the app – and in real life. Yet, as William Menzies, chair of BAFT and also a former miner points out, “There’s hardly a school child in this area who doesn’t have a connection with mining.”

Community spirit was forged in the hardship of ‘dark, dangerous and dirty work’ underground and Fiona Lees, chief executive of East Ayrshire Council, sees it as a continuing strength: “With such a strong past this community can only have a strong future,” she says, concluding with the story that Elizabeth Green, Henry Green’s widow, told Prince Charles at the official opening of the restored A Frame in 2008. “She told him she could see the A Frame from her window so every night before she went to bed she said good night to her Henry.”

By now the sun has broken through the cloud. The celebration ends with school students leading visitors round the site where wildflowers colonise the ground and the A Frame rings with birdsong.

DOWNLOAD Barony A Frame Tour HERE free from the Guidigo platform where you will find it listed as the first audio tour in the UK. A is for Auchinleck! (And, also for Walking Heads sound designer Amanda Mitchell who recorded the students’ stories, selected miners’ stories and sensitively recreated the atmosphere of life in and around the mine.) 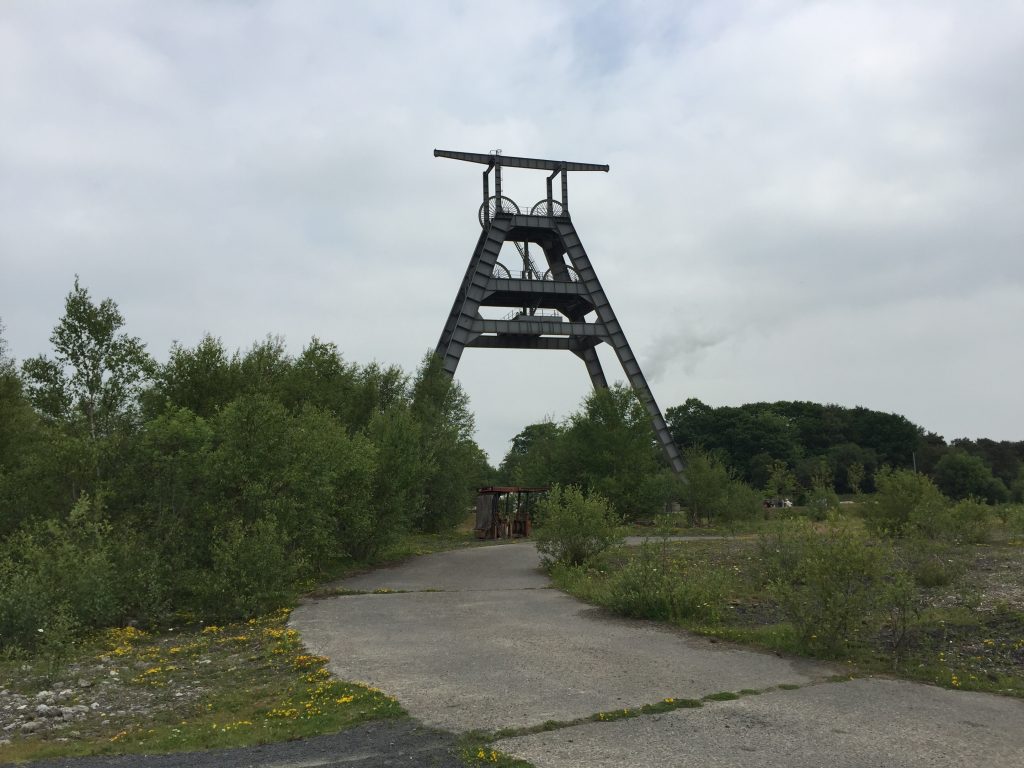