Boisterous, good-natured and witty: why the Saw Doctors love the Barras

Boisterous, good-natured and witty: why the Saw Doctors love the Barras

The Saw Doctors have played Glasgow Barrowland more than any other band – 35 times in 20 years and that’s not counting early support gigs. Looking forward to their next gig in December, guest blogger (and fan) Anna Levin explores what makes this venue so special. 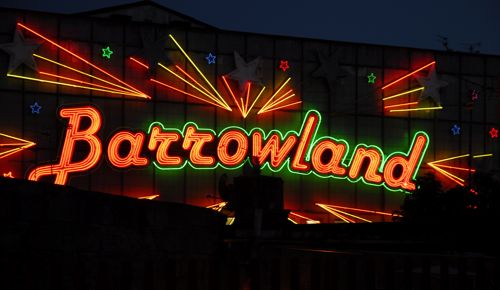 There’s a bewildered Australian beside me in the post-gig queue for the cloakroom. She’s looking around at all the breathless, beer-soaked people bursting into song as they stream down the steps into the wintery Glasgow night. She says she’s never been to the Barrowlands before. And she’s never seen the Saw Doctors before.

So did you enjoy it? I ask

I have to concede that it kind of is. An institution even. The tour dates on the back of all those sweaty t-shirts reveal that there are many like me who have been doing this for 20 years. We’ve got our own rituals and I guess that’s what’s bemused this Australian girl. There are moments when we all start throwing our arms around in semaphore signals (Tommy K to the initiated), when we jump up and down and wave our hands in the air (Hay Wrap) or wrap our arms around each other and smooch (Clare Island). We sing every line of every song, roar and stamp for an encore, then come back year after year to do it all again.

And the feeling’s mutual. The Saw Doctors love the Barrowland too, that’s why they so often choose it to bring their annual UK winter tour to an exultant finale.  This year is no exception and tickets are now on sale for the Glasgow gig on 20 December. 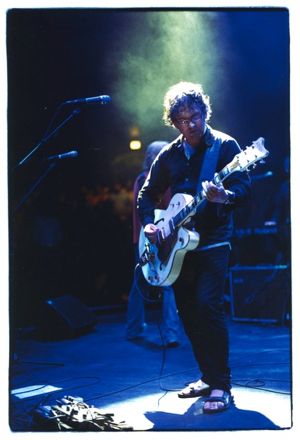 Leo Moran at the Barras

“It’s always proper to end a tour on a high,” says frontman and guitarist Leo Moran, “And Glasgow delivers perennially. The Glaswegians seem to have a special energy and it’s a real ‘When you’re out, you’re out’ attitude you encounter every time. Boisterous, good-natured, witty and charged. The Barras generates a particularly high energy, some other venues get close to it, sometimes, but with the Barras it’s always.”

But what is it, I ask him, that makes the Barras so special?

“It was an extremely welcoming, discerning and exciting place when we first pulled in there to play with The Waterboys, 1989 it was. Such a salt-of-the-earth, comfortable atmosphere of warmth and divilmint. And there’s the simplicity of the room: a big square with a bar one side and a fine stage up the far end, that’ll always work – and the run-down-ness of it makes it comfy in a way a newer venue just simply can’t be…”

I wonder if the special atmosphere also comes from the venue’s ballroom history and its significance in so many hearts. Maybe this dance floor is somehow infused with the ghosts of all those Saturday nights, the spirits of so many touches and glances, of all those people relinquishing chores and cares and losing themselves in music for a night. And maybe, when just the right elements come together – the energy reaching a certain high, the place awash with warmth and humour, a tingle of pre-Christmas sparkle – something reignites, brings that spirit into a different time and a different music, to live and love and dance again. 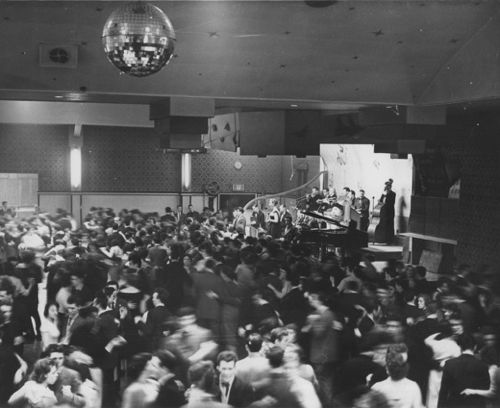 The Saw Doctors are at the Barrowland on 20 December. To hear more stories about other great bands who play  The Barrowland (and other famous live venues) download  Glasgow Music Tour,