From here to there with Leo and Anto

From here to there with Leo and Anto

“People just wanted to sing – that’s a great Glaswegian trait”. On the road from here to there, Leo Moran tells Anna Levin what it’s like to tour Scotland with Anto Thistlethwaite while the rest of the Saw Doctors take a break. Over to Anna…

Since the first time we arrived, back in the cold spring of 1989, coming to Scotland has always held a special magic for me. It’s an electrifying combination – the sense of feeling at home mingled with the exotic – the accents, the architecture, the majestic scenery an a’ that…

Leo’s report from the first gig of their current Scottish tour captures his excitement at the prospect of their winding road ahead on these long, light, summer days. 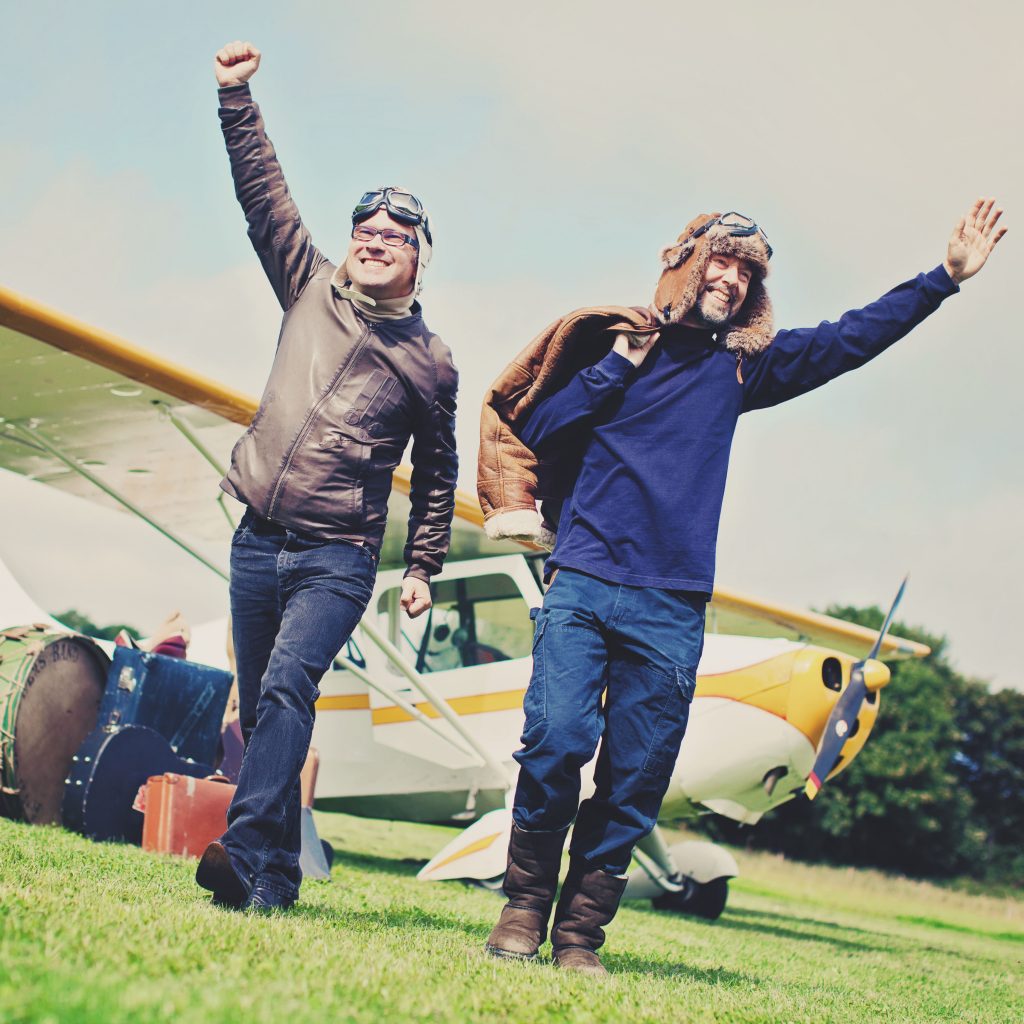 I catch up with him before Tuesday’s gig at Edinburgh’s Electric Circus – a week before Glasgow’s Oran Mor (Wednesday 2 July).  It’s too nice a day to be inside so we head up Calton Hill for an al fresco interview. As we climb the steep steps, the noise of Princes Street drops away and there’s a sudden expanse of sea and sky ahead. We look over the dramatic cityscape below us and out to the horizon, where the Isle of May sits between two big tankers. Over to the East there’s a glimpse of the Bass Rock, shining white in the sun.

Leo drinks it all in, interested in everything. His enthusiasm for new places and people is refreshing and infectious. All these years on the road haven’t diminished a boyish kind of glee – as if he still can’t quite believe his luck that he gets to spend his life doing the two things he loves most: playing music and traveling around.

So while the Saw Doctors are currently taking a well-earned sabbatical after 25 years of relentless touring and recording, it’s easy to see how Leo soon got restless. His itchy feet found a kindred spirit in Anthony Thistlethwaite, a founder member of the Waterboys whose musical adventures have taken him to the streets of Paris and the stadiums of Russia and on to the West of Ireland where he’s spent the past 15 years as a Saw Doctor. 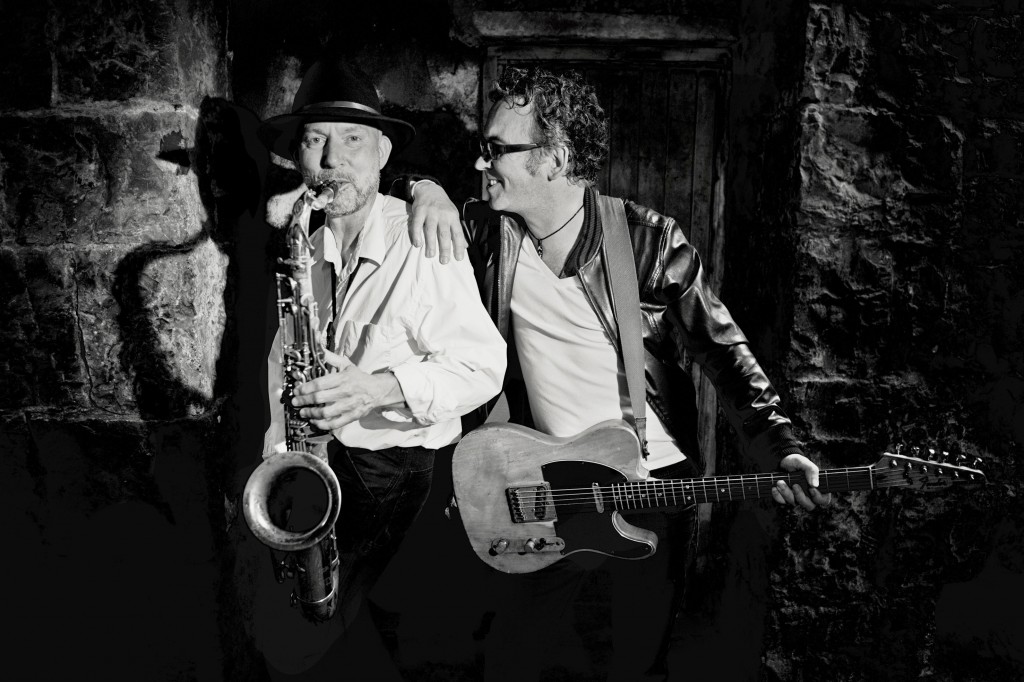 Anto (plus saxophone) and Leo

And so they decided to hit the road together with a two-man show. “It was very scary at the start,” says Leo “We hadn’t a clue what it would be or if it would work! But we did a good bit of practicing, got advice about how to sing and all that kind of craic and then we did a few gigs and it began to work…” Two US tours later, playing small venues and house concerts, and the Leo and Anto show is rolling – with some gigs in England, another few weeks in the States and Vancouver Folk Festival all on the horizon.

Back in March, Leo and Anto played Glasgow’s CCA to an initially curious audience – also unsure quite how or if it would work. Saw Doctors tours have become a Glasgow institution forever associated with the Barrowland and for loud, raucous December nights, with a surging, singing, sweaty crowd jumping up and down and pouring beer over each other’s heads. So how were the fans to behave in a seated room in the CCA?

The edge of uncertainty soon eased into a warm, appreciative singalong, with the crowd really singing, not roaring and bellowing Barras style, and with the audience really listening and enjoying the stories and banter as much as the music.

“There wouldn’t be a vegetarian restaurant in the Barrowlands, let’s say.”

“It was lovely – like seeing a whole different side to the city,” says Leo, “there wouldn’t be a vegetarian restaurant in the Barrowlands let’s say! “What I loved about it was that people just wanted to sing – that’s a great Glaswegian trait and it definitely carried into a new venue. That made it easy for us – I started to sing and let ye continue…”

It works because the Leo and Anto show is actually so different from the Saw Doctors. They’ve taken some of the same songs but fashioned them into new creations altogether, with a gentler, richer, acoustic tone. Leo steps into the spotlight as a lead singer, a warm, witty and charismatic frontman. And Anto does what Anto does: moving with ease between different instruments, making each one somehow sound more than itself – the mandolin brighter, the harmonica achingly sweet and precise, and, of course, his trademark saxophone howl, that gets you in the guts and makes your spirits soar.

The rest of the spring tour had to be postponed due to family illness, but all’s well now and they’re back on the road again. The rescheduling means they get to play Glasgow again and experience another venue, Oran Mor. But they’re taking a fine route from here to there, with Aviemore, Ullapool, Stornoway and Skye along the way.

“When you go to the more remote places you get a great welcome entirely,” says Leo. “I think the further up you go people really appreciate that you’ve taken the trouble to make the journey. We were never in Aviemore before, but everywhere else I think we have been and we’ve liked them all. We’ve had some of our best tours ever in Scotland, so we’re just very lucky to have an excuse to be here.” 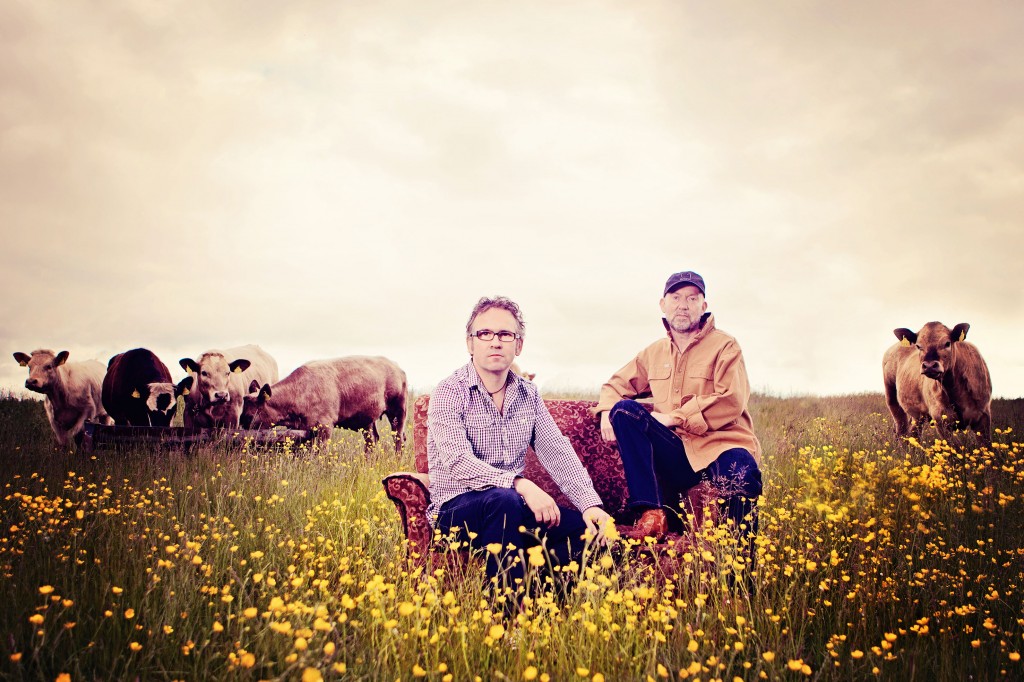 Couch potatoes: Leo and Anto relaxing on the road