Star-studded memories of the Barras

Star-studded memories of the Barras

“The next day I was stiff all over from fighting to stay upright in the crush of the crowd and my ears were ringing from the volume, feelings I’d become familiar with over the next few years.”  Guest blogger and gig reviewer Lucy Brouwer recalls her first experience of the Barras… and an unforgettable line-up 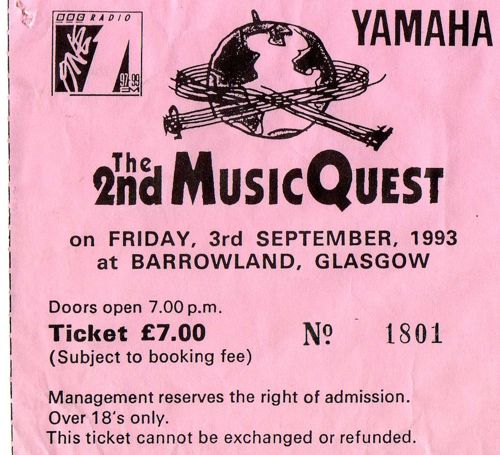 My first gig at the Barrowland was also my first gig in Glasgow. It was September 1993 and I’d timed my trip, ostensibly so I could choose my student accommodation, to coincide with the show.

Organised by the Radio 1 Evening Session as part of the long forgotten battle of the bands “Yamaha Music Quest”, the bill consisted of Blur, their single For Tomorrow just released signalling a new direction that would eventually be called “Britpop”; a never-heard-from-again band The Candy Ranch, who were finalists in the competition; and a band I’d already seen a couple of times that I was determined to see again – Radiohead.

I set out early to find the venue, walking through Glasgow city centre into the East End for the first time I saw the unmistakable neon sign of the Barrowland, a frosty-windowed tour bus and a BBC recording van parked in the street beneath. 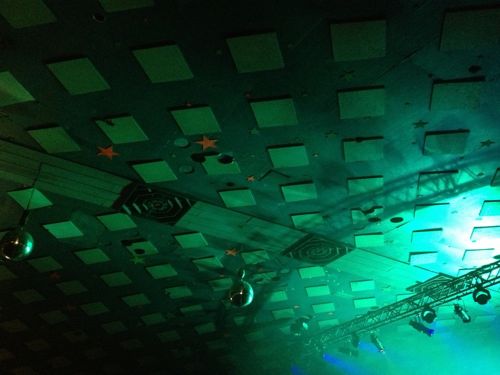 Inside I made my way upstairs to find a large wooden-floored ballroom, a wide stage, a ceiling studded with faded stars and an air of expectation. The opening band, who were not local, performed a nervous and lacklustre set to the sparse crowd. It was easy for me to find a spot at the barrier, to the right of centre stage. A guy next to me, wearing a Pablo Honey T shirt – proving there was at least one other person in the room who’d heard of Radiohead – turned to his mate, “Watch the guitarist, he’s F-ing amazing.”

I sang along and cheered until I was hoarse, you can probably hear me on the radio recording…

The band arrived on stage, Thom and Jonny looked striking in their stripy tops. They opened with “Benz” and Prove Yourself, then to the crowd’s delight they played “the one with the expletive”, the soon to be re-released Creep. Two new songs followed. Thom was dragged into the now enthusiastic crowd during the noisy Anyone Can Play Guitar. Still singing, he was pulled back on stage his shirt hanging off his shoulder. He stared at Jonny, thrashing his guitar and his hair to the end of the song. They finished by tearing into their short and sharp satire, Pop Is Dead, I sang along and cheered until I was hoarse, you can probably hear me on the radio recording…

Blur played songs from the forthcoming Modern Life Is Rubbish album and their fans jumped and moshed boisterously. The Barras is a big room when it’s not full, but the view of the stage is great wherever you stand, so I moved back to take it all in.

The next day I was stiff all over from fighting to stay upright in the crush of the crowd and my ears were ringing from the volume, feelings I’d become familiar with over the next few years.

I moved to Glasgow for University a month later. Places like King Tuts Wah Wah Hut, The Garage, and The QMU, became my hangouts. I wrote gig reviews for student papers and fanzines (including a Radiohead one called Pop Is Dead.) 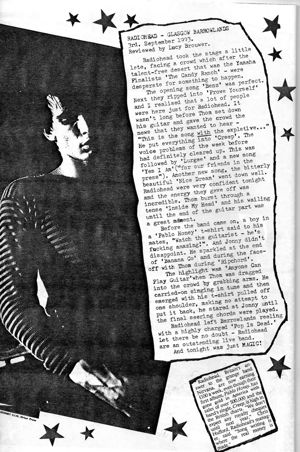 I saw Blur again (at The Plaza supported by Sleeper at the height of Britpop) and I saw Radiohead many times. They returned to the Barrowland later in 1993 to support James, and again in 1995 to headline their own sold out show.

Lucy has written about many of the Radiohead gigs she’s been to here.  These days she writes gig reviews for This Is Fake DIY manages a band, and you’ll still find her at gigs, probably at the back of the venue with her earplugs in!