“In the midst of the Barras crowd my 17-year-old self is singing her heart out, but right there beside her is my current self, drinking it all in, astonished by this music all over again.”  Guest blogger Anna Levin revisits  the past  and rediscovers the present with the Waterboys in Glasgow.

Once upon a time, back in 1989, I heard an incredible sound. Like a glorious river, surging along with a saxophone howl, rippling and dancing with a swirling fiddle and rolling forward with a driving guitar and a voice that sang straight from the soul. It was the most beautiful and astonishing thing I had ever heard in my life. I was 17-years-old and it swept me off my feet, hooked me like a drug. I followed the sound to its source in the West of Ireland, where the Waterboys had just created their 1988 album: Fisherman’s Blues. 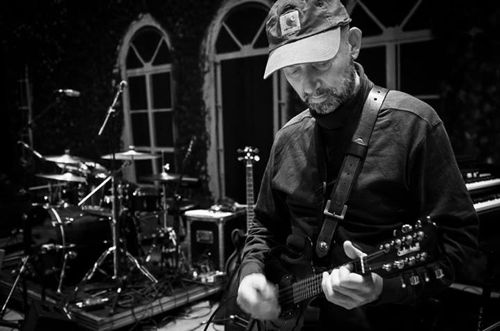 Anto back with the Waterboys again Picture by Paul MacManus

This week I heard that sound again – the Waterboys brought it to Glasgow on their Fisherman’s Blues Revisited tour. This band has always been a fluid entity, and over the years has shifted shape many times, as frontman and founder Mike Scott explores new sounds with different musicians. But as Mike announced at Glasgow’s Royal Concert Hall on Monday: “This tour is very special”. That’s because it reunites himself and fiddler Steve Wickham with their former band members from the Fisherman’s Blues era – sax man Anthony Thistlethwaite, who has spent most of the intervening years with the Saw Doctors, and bass player Trevor Hutchinson, a founding member of Lúnasa. And together these guys are special indeed. It’s the particular alchemy of this line up that makes that sound, I could feel it building up like a tangible force as they took to the stage one by one through an exquisite rendition of ‘Strange Boat’.

With sell-out shows at Glasgow’s Royal Concert Hall and the Barrowland, each gig was carefully crafted to suit the atmosphere of the venue. At the Concert Hall they were virtuoso musicians, perfect and professional. The guitar was acoustic, the river broad and expansive, sweeping along on a gentler current, mandolin sparkling like sunlight on water. There was space here to explore a bit more of the vast body of work from the Fisherman’s Blues era. The flow of music at the time was so prolific that one album could barely contain it and many treasures remained unheard.  The newly-released Fisherman’s Box contains more than 100 songs. That’s the real album, says Mike, Fisherman’s Blues was just a sample. The audience listened intently. Utterly rapt.

On Tuesday night at the Barras they shifted gear, picked up pace and an electric guitar. There were tender moments still – ‘How long will I love you’ among them, but the night as a whole had a wild, dynamic, rockier energy about it. Before the gig I’d wondered how it would feel to see this version of the Waterboys again, would it be almost achingly nostalgic, wallowing in memories of long ago? I’d also wondered which version of me would be there – see, I don’t think people really change as they get older, we just add more layers like Russian dolls. The earlier versions of ourselves are still there inside and need to get out every now and then.

The way they were: Waterboys photographed by Anna in 1989

In the midst of the Barras crowd my 17-year-old self is singing her heart out, but right there beside her is my current self, drinking it all in, astonished by this music all over again. I look up at the band on stage – a bunch of exceptionally talented musicians in full flow, alive with a vibrant music. I feel transported by it, not to another time or place but to a heightened, more delicious present. This has nothing to do with nostalgia. If there’s an ache it’s for the transience of this moment. I don’t want this concert to end. And nor does anyone else. Right from the back of the great ballroom the capacity crowd is roaring and stamping and clapping and singing and hollering, pleading for more, more, more. There’s a howl of disappointment when the lights come on and it’s finally over.

But the feeling stays with me as we stream out of the Barras into a mild, December night. I feel changed, refreshed, as if awakened somehow. Walking back up Gallowgate, that sound is still coursing through me. It fills me with a renewed sense of wonder at the pure power of music, its capacity to carry some kind of energy that can so uplift and transform and redeem. 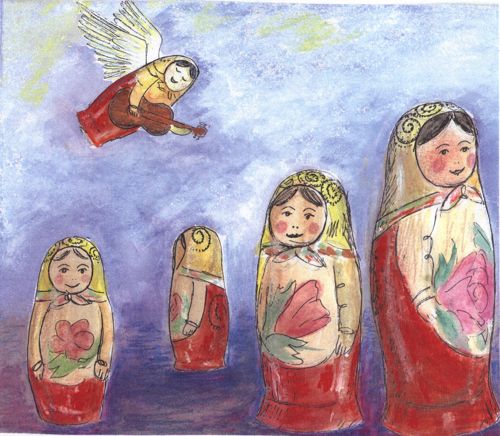 ‘Sometimes one of your little Russian dolls can escape’: painting by Anna