We would like you to meet the cast of A Brisk Walk. Six very different characters provide the narrative of our journey through the hidden promise of buildings at risk. First up is 520 Sauchiehall Street the oldest and perhaps the most eccentric of them all.

First a little time travel. It’s hard to imagine this end of Sauchiehall Street – between the roar of the M8 and The Garage – as it might have been at the end of the 19th century.  Horse drawn trams clattering past new shops, showrooms and theatres colonising sites once occupied by wealthy merchants in grand villas…though they were now beating a swift retreat to Glasgow’s west end.

Number 520 is an intriguing symbol of rapidly changing times over last 120 years.  It’s the first stop on A Brisk Walk: Buildings at Risk Tour, and our guide Professor Johnny Rodger, begins by linking the many incarnations of the old building with the social changes in Sauchiehall Street itself: from the shopping street of choice for middle class women to the fast foods and clubs of Glasgow’s night time economy.

At the same time this B listed curiosity on the Buildings At Risk Register evolved  from genteel piano showroom to throbbing nightclub via cinemas of sometimes dubious status.

Look for clues to past identities: the Greek details – Ionic columns and sculpted torch bearers round the entrance –  the pipe-playing Harmony, Greek Goddess of peace and love, watching over the building.  Though we can’t see it from this viewpoint, sharp-eyed clubbers might have spotted the bust of Beethoven looming over the back entrance in Renfrew Street… 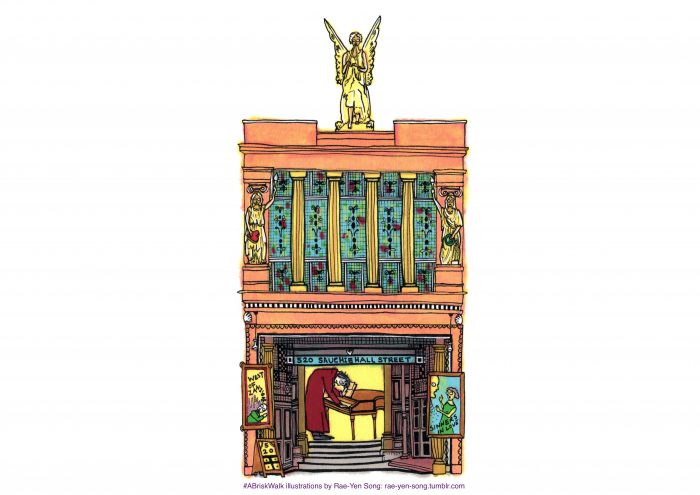 It begins in around 1896 with piano seller Thomas Ewing who had commissioned architect David Paton Low to design a single story red sandstone piano showroom fronting onto Sauchiehall Street linking back to his lodgings in Albany Place – a Georgian terrace long since demolished.

The following year Mr Ewing had the showroom extended towards Renfrew Street and at the same time added a second storey salon for performances.  But piano sales must have dwindled. In 1912 the building became the Vitagraph cinema and in 1914 architect John Fairweather, who specialised in theatre and cinema design, completed the transformation to the King’s Cinema – he added the sculpture decorating front and rear elevations and space inside for an orchestra to play along to films. 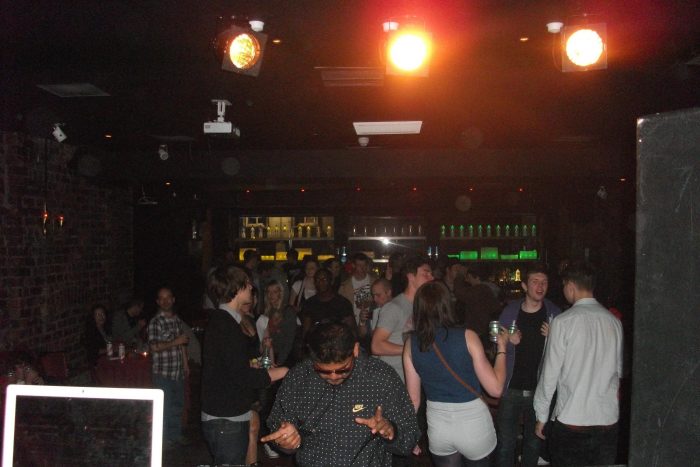 New night life came with Glasgow’s booming live music scene. The old cinema returned to musical origins with a series of nightclubs.  The last one, Club 520 closed in 2011.

No terraced building is self contained.  After the neighbouring National Bank of Pakistan moved out in the 1990s developers planned to build a ten storey steel block on the newly cleared site but the 2008 crash put paid to that and with the party wall exposed  damp has worked its way inside 520. It’s a tough site, as Johnny Rodger says, but not beyond rescue.

Download A Brisk Walk to find out more about about the building and life on Sauchiehall Street. 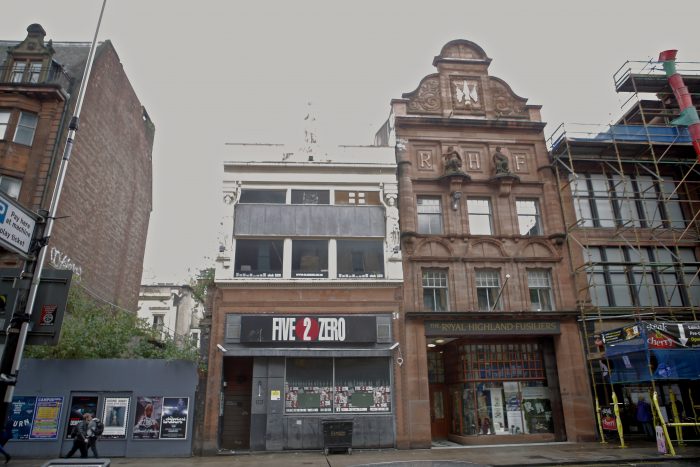 A tough site but not impossible: 520 as seen on Google Streetview